Life Connections: Big Red and the story of Travis John

Singer/songwriter Duo Kate Power and Steve Einhorns’ neighbor, Travis John Bradach-Nall , was one of the first Oregonians to die in the Iraq war. This inspired a song and the story of it’s creation and recording at Big Red Studio speaks of our circle of life connections. 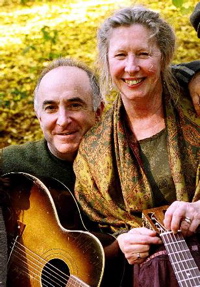 Kate and Steve won the grand prize at the “Music to Life” Songwriting Contest at the Kerrville Folk Festival for the song “Travis John”!

The song speaks to the grief of war and the heroic idealism of America’s youth. Travis John Bradach-Nall was one of the first Oregonians killed in Iraq (July 2, 2003). “Travis John” captured the attention of local media, who responded with newspaper articles and radio airplay. A special feature on Oregon Public Television told the story of the song, the boy, and the studio where it all came together: “Travis John” was unknowingly recorded in the studio that was built by the boy the song was written for.

The Story of “Travis John”…

“I was sitting outside our workshop cabin on the last day of summer at Fishtrap, a writers retreat on Lake Wallowa, picking a gentle riff on my little banjo when a doe and her yearling walked slowly by me. News of the memorial of our neighbor, Travis John Bradach-Nall, was on the front page of the Oregonian that morning and the waves of shock and sadness were rolling beneath my skin. The song stayed with me until it was finished. It was very simple, a folksong. Steve and I played it in tribute to Travis and his family that night at the open mic in the main lodge. It was the rough cut, first sung version but the words and melody were all there.

The next morning, we received such a fierce and tender response from so many of the writers that we felt compelled to take “Travis John” further out in the world.Two weeks later, Steve and I recorded this song to lead a small collection of songs we’ve sung over the years and recorded on various albums. We recorded “Travis John” at Big Red Studio on August 3, 2003. We wanted it on record to send to radio stations and homes all around the country. We spent a day recording it, Steve and me with Billy Oskay, the engineer, at the board.

The next time we saw Billy he had a “spooky” story to tell us. Word had gone out about Travis’ song and Travis’ uncle Frank called Billy to remind him that Travis had been on his crew and had actually helped him build “Big Red Studio” a few short years ago. Travis John’s uncle was the foreman who built Billy’s studio. Billy was stunned. He remembered Travis well; hammer in hand and a grin on his face. He was a good worker. Suddenly, more pieces came together, our communion with this song grew in another way we couldn’t have predicted. Coming full circle we manifested his song in the studio Travis had helped to build.

We hope that by releasing Travis John’s song into the world, he will be remembered, for the difference he made, for the ones he loved and left behind, as well as the rest of us strangers who have come to know him in the wake of his young life.”